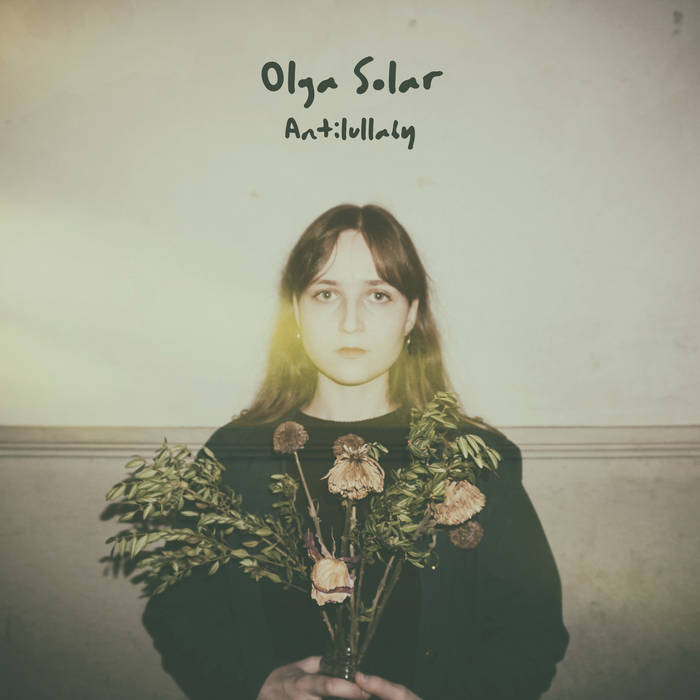 “As far as first offerings go, it doesn’t get much better than this.” - Happy mag

“This is a triumph! Standing upright with enviable posture, it’s got heaps of heart!” - Dave Ruby Howe, Triple J

“It’s clever in so many ways. How can you not be swept along with this one?!” - Declan Byrne, Triple J

“With her craft and her voice and all that personal momentum, as auspicious as this debut is, I’m expecting a lot more soon.” - Chris Cobcroft, 4ZZZ

Someone once told Olga Solar that getting her to open up was like pulling teeth. Thankfully it seems that in songwriting she’s found her confidant.

Solar took a bold first step into the Australian indie pop landscape with her debut EP ‘Antilullaby’. The leading single ‘Tulips’ received airtime on Triple J and placement in Apple Music’s playlists “Best of the Week” and “The A List: New Artists”. The video clip for her second single “Tingle Fingers” received screen time on MTV.

The EP signals a new direction for the Sydney-based musician. She’s otherwise made her mark playing violin in pit orchestras, scoring short films and writing musical theatre – in 2016, she was the co-recipient of the New Musicals Australia grant. But for a long time, taking centre stage had been something she’d written off.

Solar’s songs are a balance of boldness and intimacy. While beaming with magnetic warmth and charm on stage, it’s the very timidity that first held her back that drives the introspective quality of her songs. Family and relationships are a large theme across much of her writing – she’ll write notes about people, thoughts and theories on the bus, then make them rhyme later on.

Olga Solar’s songs are anthems for the introverts, pep talks for the little guys and odes to the unsung. Her new musical voice is beaming with expressive confidence, and she’s just getting started.

Mixed and Produced by Dorny Mayes
Mastered by Nick Franklin

Bandcamp Daily  your guide to the world of Bandcamp